Vuarnet Fellow Andrew Ling (@andrewling) spent 40 days in one of the most unforgiving landscapes while on assignment in Antarctica in December 2021.

Through photography Andrew seeks to explore and share the ends of the earth. He hopes to inspire people to see and enjoy, as well as protect the open spaces we love to play in. “Photography is a medium that allows us to share experiences and emotions with others, no matter their language or background.” Always up for a good challenge, Andrew was excited to capture the beauty and intensity of the Antarctic continent. 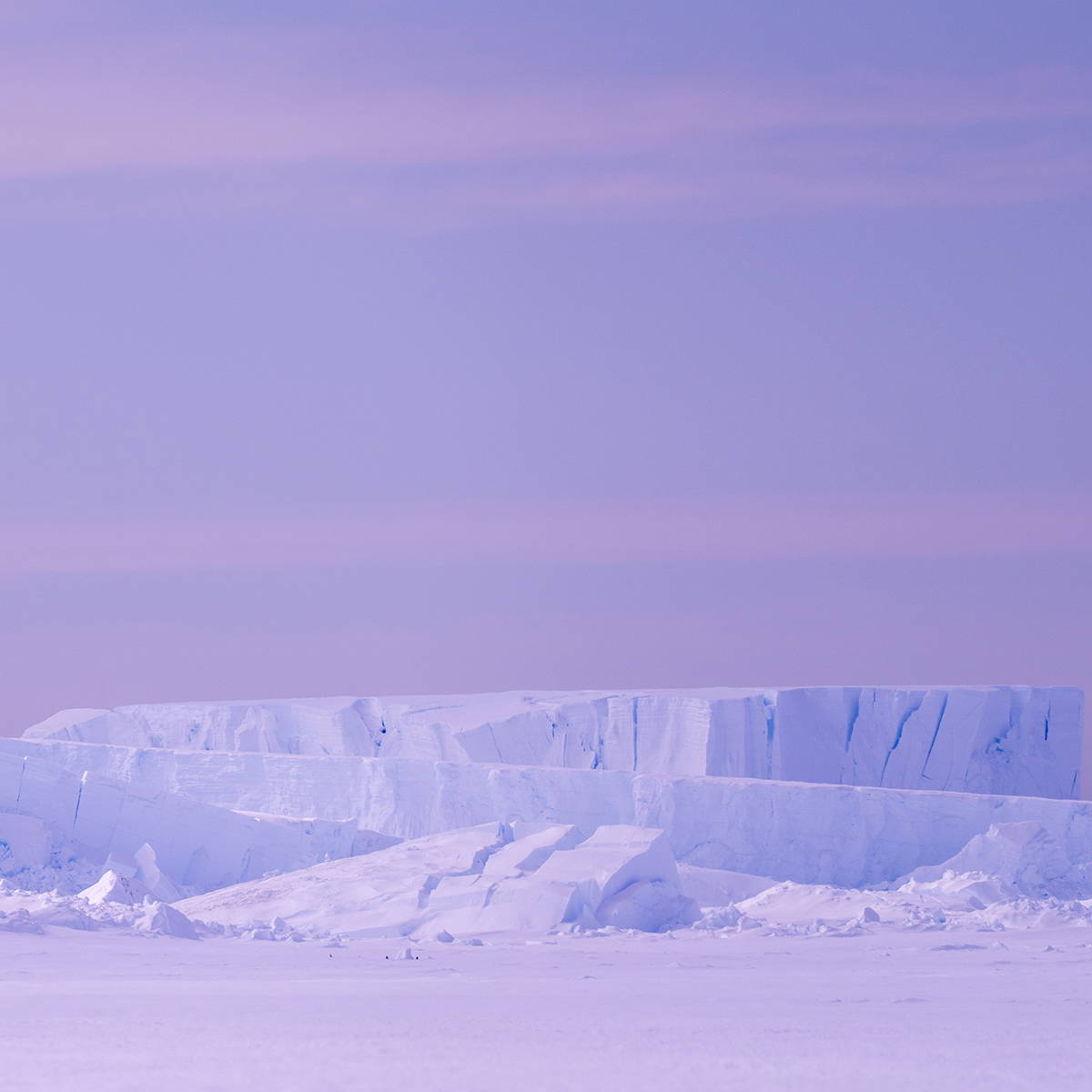 Why were you in Antarctica?

Last December, I traveled to Antarctica on assignment for White Desert, a luxury, sustainable travel provider to the interior of Antarctica. Each year, about 40,000 visitors travel to the continent, whereas only about 1% (300 people) visit the interior. The goal was to create a brand-new catalog of imagery to use for marketing. In total, we spent about 40 days on ice.

What were your expectations going into the trip? How did they compare to what you experienced?

While I traveled to Antarctica knowing it would be the experience of a lifetime... it still managed to capture my soul in a way I never expected it to. Going in, I heard things like how on average, the ice is a mile thick underneath (sometimes up to three miles thick), but it's one of those things you don't truly realize until you're standing on it. At the same time, you look up and sometimes there's just solid ice for as far as you can see. Antarctica feels like you're at the edge of the Earth. 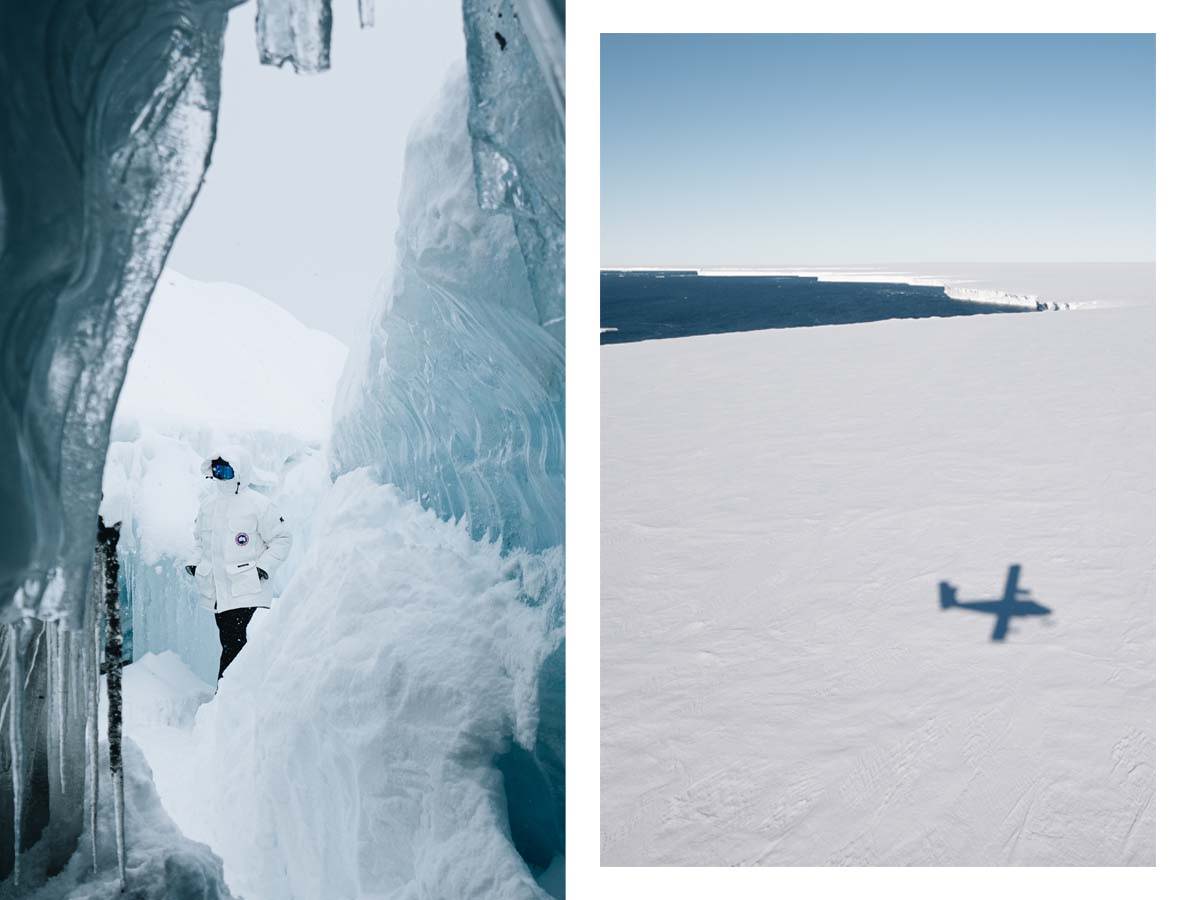 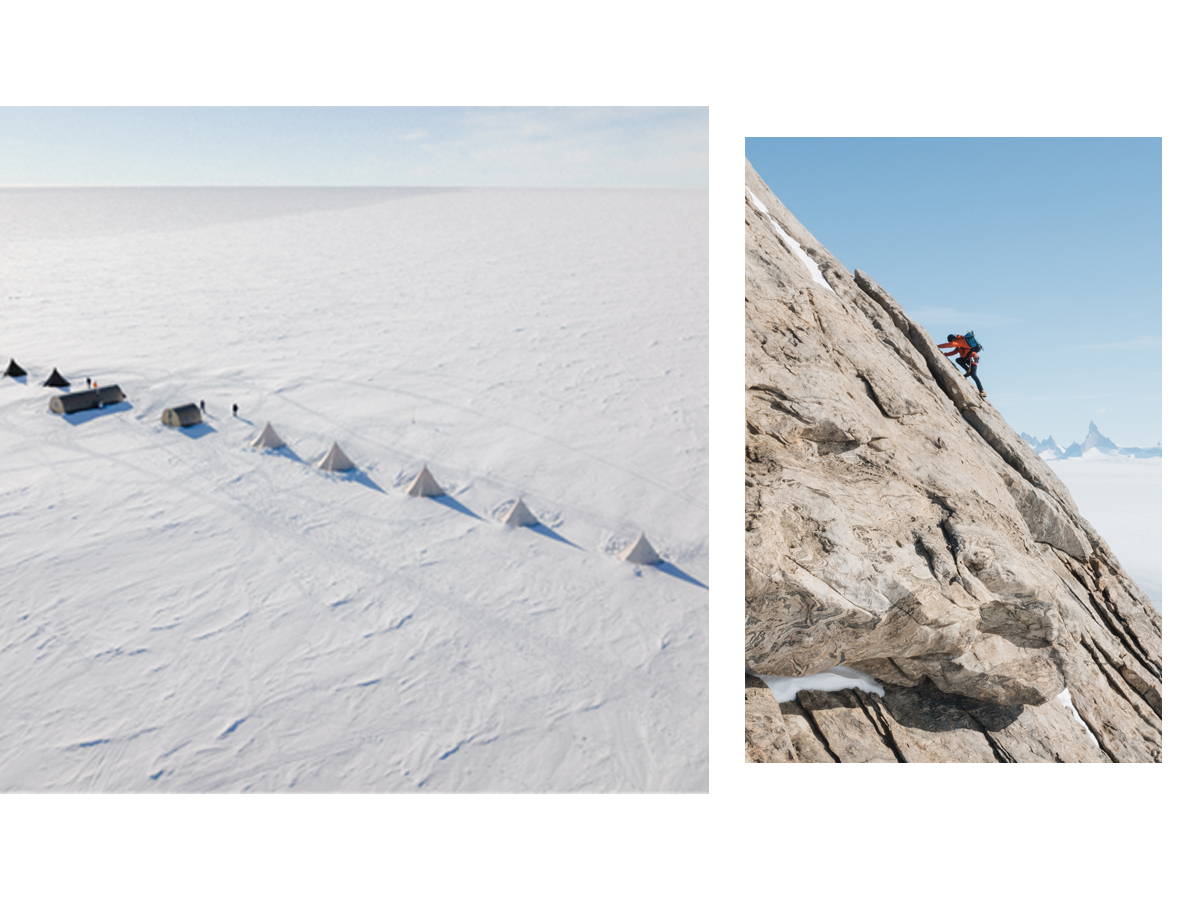 What was the biggest challenge you faced? How did you overcome it?

The biggest challenge I faced was actually coming home. To my surprise, I learned that, although living in Antarctica for 40 days can be hard, coming home was harder. Disturbingly, for the first few weeks, it was my own home I did not find familiar. Adjusting back to everyday, mundane tasks such as having an overwhelming number of choices, hearing a million sounds, even seeing the color green, etc. were all new things again. The biggest challenge on ice was definitely the unpredictability and extremity of the weather. We heard from someone who had worked 16 years on the continent, saying this was the worst season of weather he had ever seen.

I was pleasantly surprised how quickly bonds and friendships formed. There's something about being surrounded by others that share a similar mindset, and all being in one of the most isolated places in the world--working together to survive in such an extreme environment. It's something special.

What was your favorite moment from the experience?

My favorite moment would definitely be flying over Ulvetanna. Translation: The Wolf's Fang. A 9,600 foot tall, jagged peak, one of six in the Drygalski mountain range. Together, they resemble a nearly complete set of fangs. We flew doors off, photographing out of the back parachute door of a small DHC-6 Twin Otter, a utility based aircraft. It was my 39th day on ice, and it finally hit me as I thought to myself "Wow, I'm really here. This is something I've wanted to do my entire life." It was a good feeling. 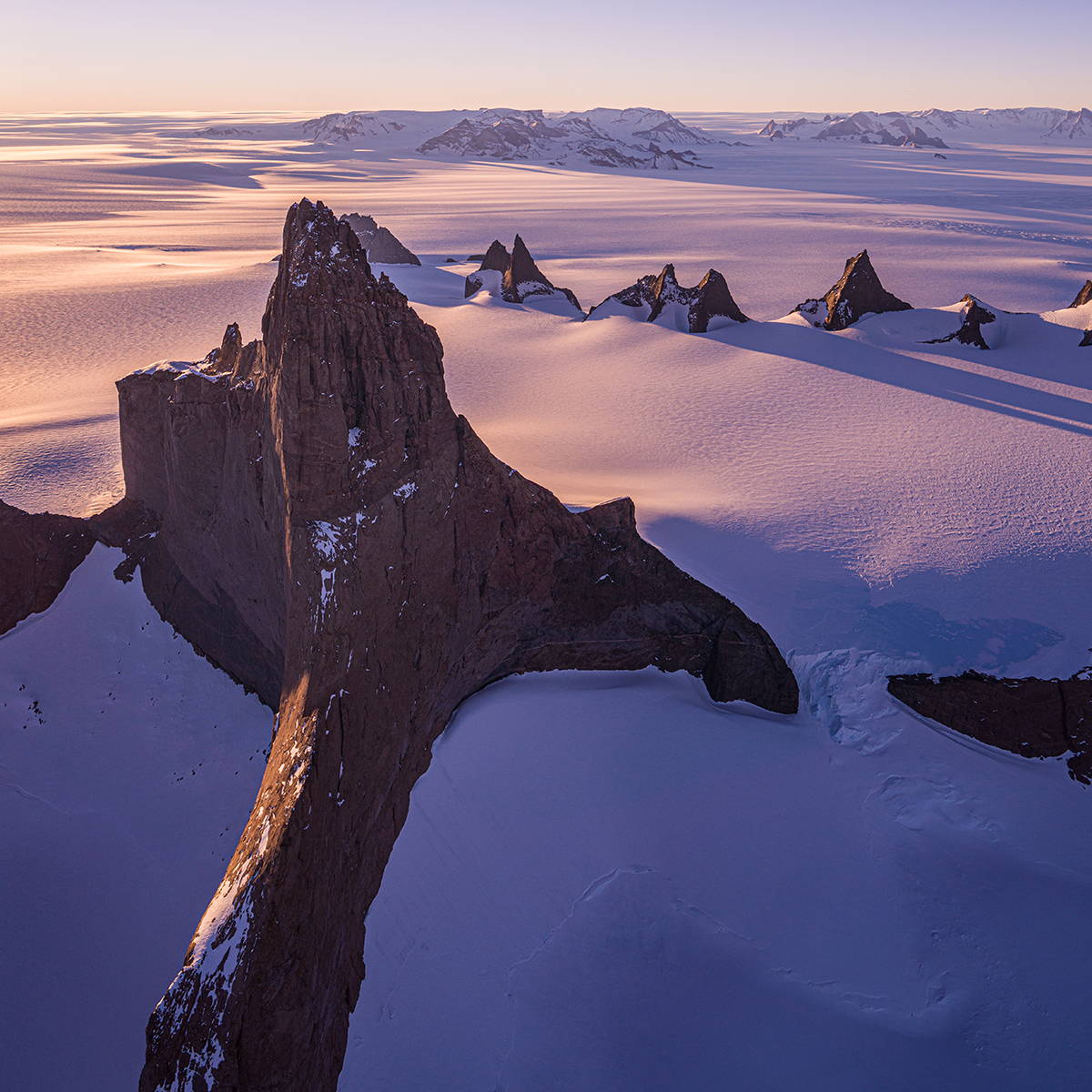 What gear was necessary to bring to be able to perform your job?

I took a range of Vuarnet products with me, most notably:

With sunlight reflecting off the snow and ice 24 hours a day, the eyewear was essential to my well-being there. Throughout my time, I felt confident in protecting my eyes without having to sacrifice clarity and comfort. I loved the versatility of the products, I could wear them both casually around camp and also on more demanding, extreme activities.

Would you go back?

Absolutely. There's so much left of the continent to explore.

Antarctica is the driest, windiest, coldest, continent on earth. Be prepared for anything and everything. It's easy to forget how large of a continent it is--ask yourself, 'Do I want to visit via sea/expedition ship? Do I want to climb mountains in the interior?' Antarctica is not for the faint of heart, don't come here if you're wanting to lay out on a beach to relax. But do come to create memories that will be shared for generations to come. 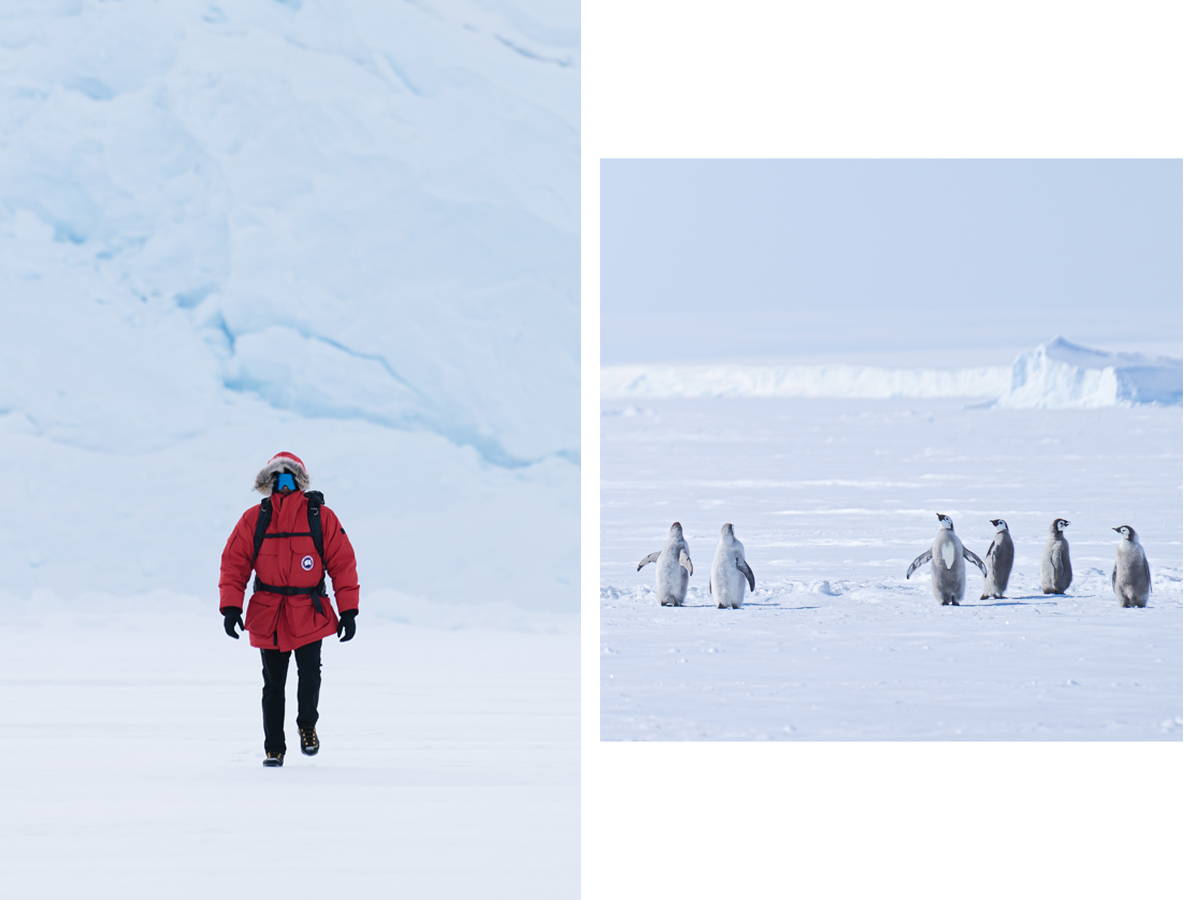